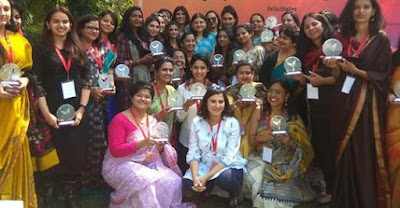 Looking for a specific topic in this blog? Search here

FOR THE CAUSE OF WOMEN CYBER CRIME VICTIMS

advocate debarati
"It is traumatic to be the victim of any crime, including a cybercrime"...DR.MICHAEL PITTARO. Adult women victims of internet crime often feel "left no where" when they are targeted in the Cyber Space. Humiliation piles up when even reporting authority gets confused in between "Rights" and wrongs. This blog, authored by Dr.Debarati Halder, aims to help one and all who need to know the real situation. Dr.Debarati Halder is an advocate and the Managing Director(hon) of the Centre for Cyber Victim Counselling,(www.cybervictims.org),working for helping the victims of cyber crime. She was a proud "internet safety advocate" for "Working to halt online abuse" or WHOA ( http://www.haltabuse.org/) She is an independent scholar who writes articles for many reputed journals. She has also authored two books Cyber Crime against Women in India( SAGE, India).and Cyber crime and the Victimization of Women: Laws, Rights, and Regulations. IGI Global. (co-authored by professor K.Jaishankar) and edited a book titled Therapeutic Jurisprudence and Overcoming Violence against Women.(IGI Global).More about her and her writings can be found in her website @www.debaratihalder.org)

Do not Copy without permission

We care for victims of cyber crime