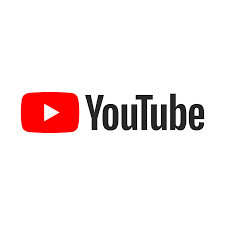 Now, let us understand the scope of this provision in the light of this particular case: the first subsection prohibits any report including news report, inquiry etc from disclosing the name, information etc of the concerned child. The second proviso extends the scope to ‘anyone’ who may contravene the prohibitory scope of S.21. Seen from the perspective of electronic media and the concept of citizen journalism, which gives every one right to share information, the term ‘anyone’ may literally include anyone including the good Samaritans who may have wanted to alert the concerned authorities, share their opinion against such acts of women and child abuse. Further, note the words “any other particulars calculated to lead to the identification of the juvenile or child nor shall any picture of any such juvenile or child be published” mentioned in the first sub clause. This may include the name of the concerned child and names of the parents. But apparently, this provision became a just a paper tiger in this case because those who had watched or subscribed to the videos of the couple had already known about the identity of the teenager because of the daily Lives put up by the parents and discussion about the girl in the videos posted by them. If one visits the comment section of the recent videos of both the parents in the recent past, it would be seen that commenters have taken the name of the girl, asked about her whereabouts and in some cases, some had also suggested about her changed behaviour after she had stayed with her respective parents separately. Nothing is confidential for those thousands of worldwide audiences now who had watched the parents daily and who had also witnessed the Live video where the girl was beaten up by the father.  In spite of repeated request by the mother of the girl, several YouTubers still did not take down videos mentioning about the name of the father (which broadly falls within the meaning of “any other particulars calculated to lead to the identification of the juvenile or child”) when this writeup was published. While the Juvenile Justice Care and Protection and Act provides a base rule, the concerned YouTubers may not be held solely responsible because the parents already violated the privacy of the teenager and encouraged thousands to watch the couple fight which had every potential to attract penal provisions for using words etc for harming the modesty of the wife under S.509 Indian Penal Code as well as defamation of both the wife and the husband under Sections 499 and 500 of the Indian Penal Code. YouTube on the other hand has not taken down the videos of either of the spouses or that of the other YouTubers  which may showcase the names of the parents and the child because it is guided by First Amendment of the US which may hardly be affected unless YouTube has been approached to take the videos down by concerned stakeholders.
It is now a typical love triangle of three parties : YouTube, which is loved by all for providing such an open platform for airing opinions and consumption of real life family dramas, the YouTubers who may expect to get support, views, popularity and money because of participating in the trolling and independent discussions on such issues which may rip open privacy of general individuals including children and criminal justice machinery, most of whom may never know how to manage legalities of YouTube videos because they are completely ignorant of this new type of electronic media.
But this is not a unique incident that attracts the attention of legal researchers, especially privacy law and speech law researchers. YouTubers, especially women YouTubers continue to violate privacy knowingly or unknowingly and provide more opportunity to trolls, bullies and offline perpetrators to victimise them because they may not be aware about the netiquettes of YouTube. Time has come that YouTube users become cautious of the contents uploaded by them and legalities attached with such uploading and sharing. In this festive season YouTube content uploading and sharing may have seen a steep rise. But it is upon YouTubers to control what must be shared and may not.
YouTube is more powerful than televisions, more demanded than movies and more devastating than what is generally apprehended.
Please note: Do not violate copyright of this blog. If you would like to use information provided in this blog for your own assignment/writeup/project/blog/article, please cite it as “Halder D. (2019), " YouTube, YouTubers and violation of privacy of women and children: The drama unfolds” Published in http://debaraticyberspace.blogspot.com on 28-10-2019
[1] For  more, see https://support.google.com/youtube/answer/72851
[2] For example see Halder D., & Jaishankar K. (2016) Celebrities and Cyber Crimes: An Analysis of the Victimization of Female Film Stars on the Internet. Temida - The journal on victimization, human rights and gender. 19(3-4), 355-372
[3] For example see https://www.youtube.com/watch?v=52c7V2yeRlo  , https://www.youtube.com/watch?v=wYdX1uZe1FM  , https://www.youtube.com/watch?v=3yuvcKc30ss https://www.youtube.com/watch?v=IdA6BZJvaEU etc.
[4] https://www.youtube.com/watch?v=bkcMmd-b1-Y
[5] https://www.youtube.com/watch?v=6Po5tE2qKxM
[6] See for better understanding of the case in https://www.amarujala.com/delhi-ncr/faridabad/drunk-parents-beat-student-faridabad-news-noi468791969
[7] See https://www.youtube.com/watch?v=LNG3lousHu4&t=167s where the Youtuber had informed that she called the police to report the video and provided the link of the media report of the incident.
[8] For example, see https://www.youtube.com/watch?v=xWS8FAa-MC4&t=48s . https://www.youtube.com/watch?v=MdrSLYGOTpE&t=14s

Looking for a specific topic in this blog? Search here

FOR THE CAUSE OF WOMEN CYBER CRIME VICTIMS

advocate debarati
"It is traumatic to be the victim of any crime, including a cybercrime"...DR.MICHAEL PITTARO. Adult women victims of internet crime often feel "left no where" when they are targeted in the Cyber Space. Humiliation piles up when even reporting authority gets confused in between "Rights" and wrongs. This blog, authored by Dr.Debarati Halder, aims to help one and all who need to know the real situation. Dr.Debarati Halder is an advocate and the Managing Director(hon) of the Centre for Cyber Victim Counselling,(www.cybervictims.org),working for helping the victims of cyber crime. She was a proud "internet safety advocate" for "Working to halt online abuse" or WHOA ( http://www.haltabuse.org/) She is an independent scholar who writes articles for many reputed journals. She has also authored two books Cyber Crime against Women in India( SAGE, India).and Cyber crime and the Victimization of Women: Laws, Rights, and Regulations. IGI Global. (co-authored by professor K.Jaishankar) and edited a book titled Therapeutic Jurisprudence and Overcoming Violence against Women.(IGI Global).More about her and her writings can be found in her website @www.debaratihalder.org)

Do not Copy without permission

We care for victims of cyber crime